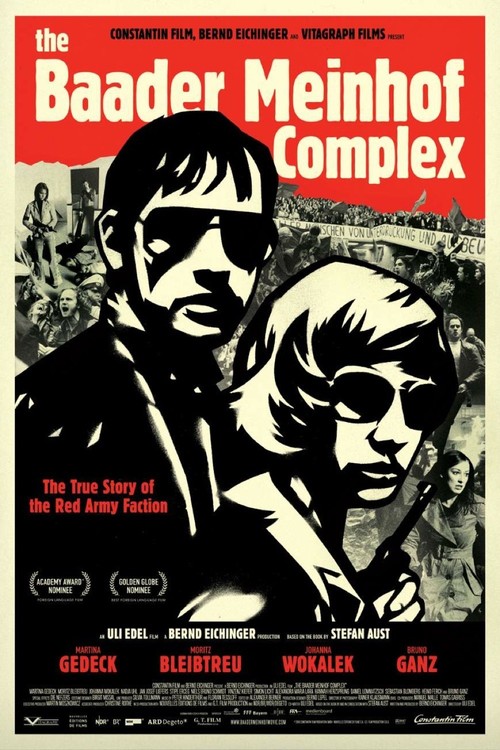 Amid the political turmoil of late '60s Germany, left-leaning activists Andreas (Bleibtrau) and Gudrun (Wokalek), deciding it is time for radical action, form the notorious Red Army Faction, a group eventually responsible for kidnappings, assassinations, and bombings of establishment figures. Journalist Ulrike (Gedeck) finds she shares ideological sympathies with the core duo, and during a daring jailbreak, decides to go along for the ride.

Edel's Oscar-nominated "Complex" is an edge-of-your-seat political thriller exploring the European counterculture's darker undercurrents. These RAF terrorists instilled fear in the general public and eluded Germany's veteran crime fighters, who struggled to rein in the group's anti-imperialist scare tactics. Edel revisits these events in hyper-drive, giving us a sense of the danger and excitement of subversive resistance. As lovers on the run, Bleibtrau and Wokalek wreak their havoc with cool relish until the law catches up with them. Meanwhile, Gedeck ("The Lives of Others") offers solid support as their unlikely accomplice.