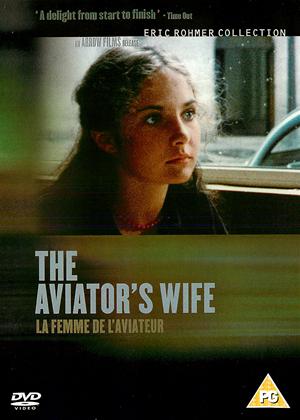 Understandably jealous of lover Anne (Riviere) when he sees a man depart her flat early one morning, French student Francois (Marlaud) remains suspicious even when Anne explains that old flame Christian (Carriere) is now a married pilot with a pregnant wife. Spotting him at a cafe, Francois decides to spy on the stranger and enlisting Lucie (Meury), a plucky, intensely curious teenage girl he meets in the park, to be his accomplice.

The first of New Wave pioneer Eric Rohmer’s Comedies and Proverbs cycle, “Wife” is talky and intelligent, digging into love, desire, and the nature of attachment with arch sophistication. Traipsing through the streets and cafes of Paris with Francois and Lucie, who are trying to guess the identity of the mysterious woman they’ve spotted Christian with, is half the fun of this comedic urban romp. Rohmer’s subtle, ironic musings on the moral dimensions of modern love, voiced through his characters, provides the rest.