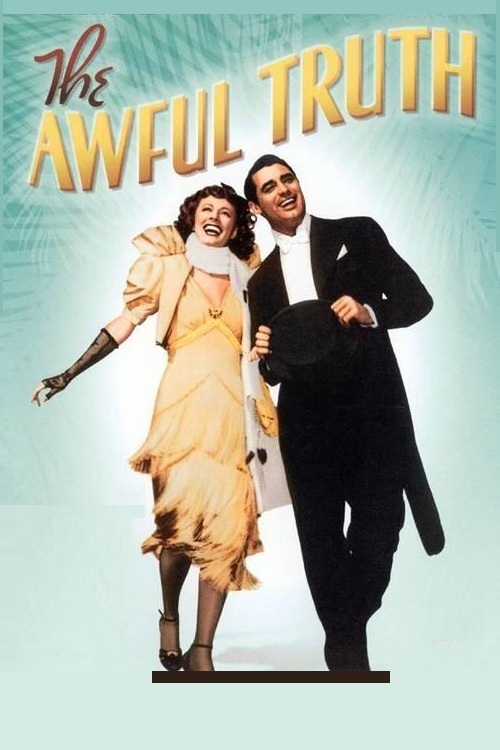 Grant and Dunne play Jerry and Lucy Warriner, an affluent, attractive young couple who temporarily drift apart and initiate divorce proceedings. Both are unwilling to admit the obvious fact that they're still in love. Jerry plays the field, but always seems to be turning up (mostly to visit their dog, Mr. Smith). His visits only increase once Lucy gets involved with oil man Dan Leeson (Bellamy), a wealthy rube from Oklahoma. The couple's slow but inevitable rapprochement becomes one hilarious, delightful dance.

Leo McCarey was renowned for his comedic flair (he had directed the Marx Brothers in "Duck Soup"), and this consistently sharp, often side-splitting picture shows why. Reportedly, the director actually improvised many of the comic set-pieces right on the set, causing rising star Cary Grant much anxiety. He needn't have worried. The film was a hit, and cemented the reputations of both its stars as gifted comic players with superb timing. Both Dunne and Bellamy received Oscar nods, while McCarey won for Best Director. This ranks among the top screwball comedies ever made — and that's the “Truth!”

The Axe of Wandsbek