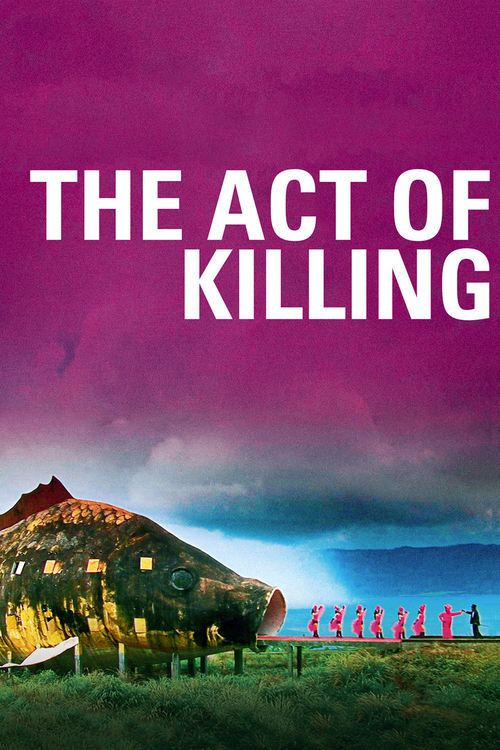 The Act of Killing

In the Indonesia of 1965-66, an estimated one million suspected communists were killed, and the Indonesian Communist Party (PKI) eliminated as a political force. Local thugs Congo and Zulkadry supervised two of the death squads that carried out the mission; Congo himself boasts of having personally killed 1,000 people. Director Oppenheimer encourages Congo and his associates to re-enact scenes of killing and torture. Bolstered by their love of gangster movies and actors like Al Pacino, the murderers recreate scenes of horror in the style of popular film genres.

The jaw-dropping “Act” simply must be seen to be believed. Oppenheimer suspends personal judgment and eschews historical narration, letting his “actors” tell their own stories. What emerges is an insane theatre of the absurd, as Congo, Koto, et al., proudly boast of their endeavors and eagerly demonstrate their methods. Remorse and guilt do not seem to play a part in this macabre drama. Documentarians Werner Herzog and Errol Morris both came on board as executive producers, and their involvement speaks volumes. After all, delving for truth about the human condition is their domain, and this masterpiece follows in their cinematic footsteps.

The Adventures of Prince Achmed