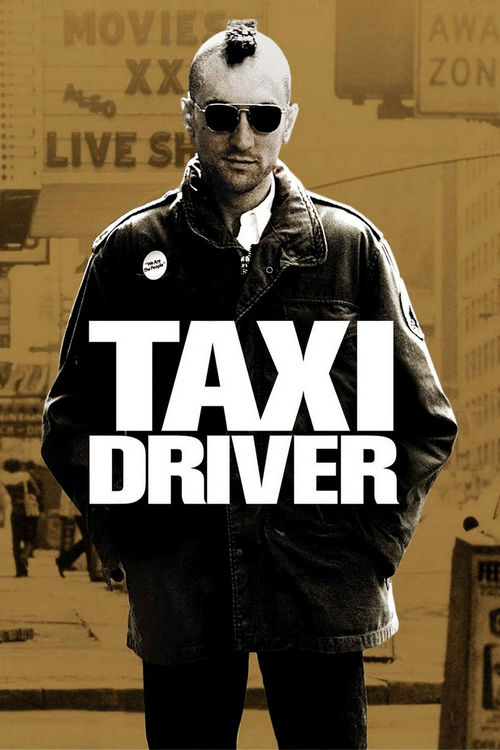 Travis Bickle (De Niro), Vietnam vet turned Manhattan cabbie, is an angry, forgotten man, and he’s about to break. His work takes him into the cesspool of the city, in contact with various lowlifes, including a pimp named Sport (Keitel), and child prostitute Iris (Foster), who works for him. Travis then takes one last stab at a better life, courting lovely campaign aide Betsy (Shepherd). But it’s soon clear he doesn’t belong in her world, and Bickle’s final disintegration is at hand.

Scorsese's dark vision of human alienation in an urban wasteland captures the seaminess of pre-Giuliani Manhattan, and DeNiro's career-making performance as Bickle is truly haunting, recalling those real-life outcasts who have used violent crime to tell an oblivious world: "I was here!" Stunningly directed and acted, this picture is every bit as disturbing now as when first released. It's brilliant work, but not for the faint of heart. (Look for Scorsese himself in a cameo as an angry passenger).

Taxi to the Dark Side