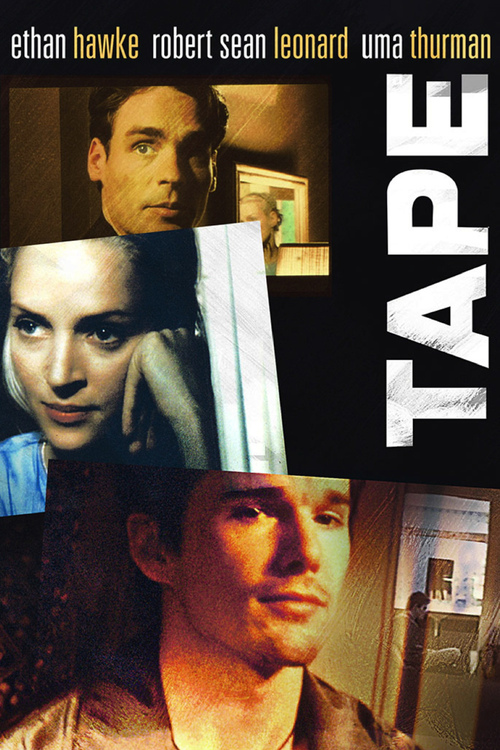 In a seedy motel in Lansing, Michigan, bright, under-achieving drug-dealer Vince (Hawke) is reunited with high-school friend Jon (Leonard), now a film-maker. Vince launches a gradual attack against his self-satisfied pal, accusing Jon of date-raping Vince's former girlfriend Amy years before. To make matters more interesting, Amy (Thurman) happens to live nearby, and Vince has invited her to join them. This makes for a most unconventional high-school reunion.

Director Richard Linklater dares to sustain a drama on a single dingy set, and thanks to a biting script and superb performances, succeeds. Though Thurman expertly plays the pivotal role of Amy, less a victim than a detached female looking on with bemusement at two ranting males, the show is Hawke's and Leonard's, as their characters wage a savage battle of wits, with life-changing implications. Taut and clever, "Tape" is immensely satisfying fare.