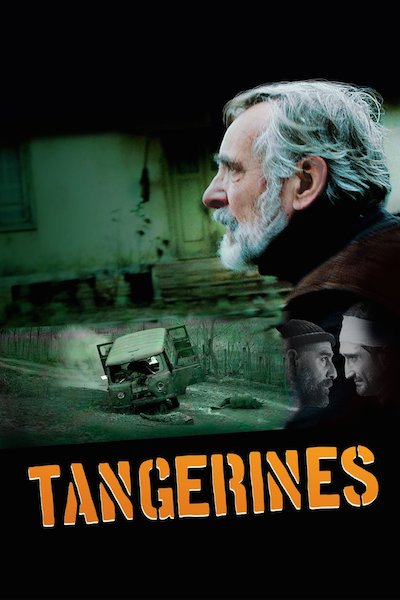 During the Georgian-Abkhazian war in 1992, ethnic Estonian Ivo (Ulfsak) remains in Abkhazia to help harvest a large crop of tangerines. When Georgian soldiers and Chechen mercenaries get into a bloody battle in front of his home, the farmer is drawn into the conflict. Ivo takes in two wounded survivors: Chechen Ahmed (Nakashidze) and Georgian Niko (Meskhi). The former swears revenge on the latter, while Ivo attempts to negotiate an uneasy truce between them.

Contrasting scenic photography of the bucolic countryside with the chaos of bloody warfare, Georgian filmmaker Urushadze uses the politics of his three protagonists to provide a pointed allegory. Ulfsak, as the stoic, principled Ivo, represents honor and tradition, as his land is torn apart by ethnic and religious squabbles. Still, all three leads are superb here. With economy and simplicity, Urushadze creates a deeply poignant fable about war and man’s capacity for humanity in this Oscar-nominated drama. Don’t miss this one!