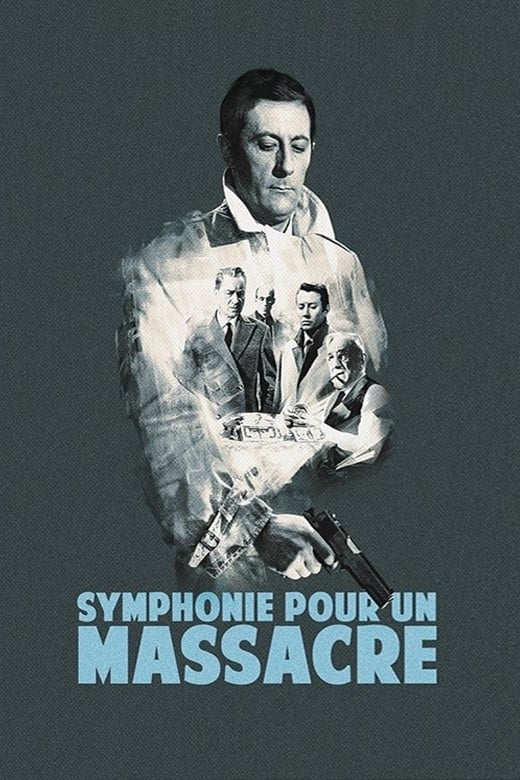 Symphony for a Massacre

Five seasoned criminals decide to invest in a large quantity of drugs. Among them is Jabeke (Rochefort), a slick, watchful fellow who’s also having an affair with Helene (Rocca), the wife of fellow conspirator Valoti (Dauphin). Jabeke plans to betray his colleagues and steal all the drug money for himself. Unfortunately for him, things don’t go as planned. Still none of the other men know for sure who among them was the culprit. With suspicion and revenge in the air, the body count starts rising.

Deray’s taut, tingling thriller, shot in stunning black-and-white by Claude Renoir, boasts a top ensemble cast including Auclair, Vanel, Dauphin, and the breathtaking Michele Mercier as a long-suffering wife who gets the final word. But the film truly belongs to comic actor Rochefort, playing a cold, calculating Judas, very much against type. Co-written by future director Claude Sautet, this twisty film never strains for effect, and further benefits from Michel Magne’s jazzy score and Renoir’s evocative location shooting in both Paris and Brussels. This forgotten noir gem deserves to be rediscovered, and celebrated.