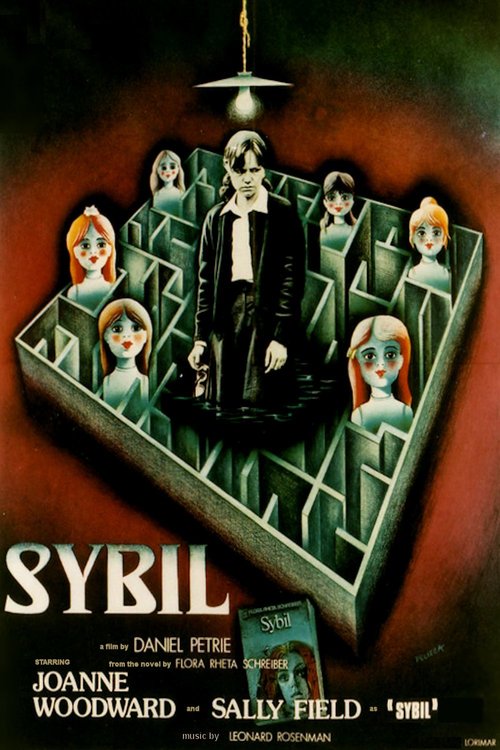 Tormented by a childhood of harrowing abuse, 29-year-old substitute teacher Sybil Dorsett (Field) is a socially withdrawn woman with irrational fears that only grow worse with time. Finally, she seeks help from psychologist Dr. Cornelia Wilbur (Woodward), who determines that Sybil is suffering from multiple personality disorder. Together, they look for a way to unlock her past traumas so she can conquer the inner demons that are making her life a living hell.

Originally aired as a TV miniseries, "Sybil" was a landmark event in 1976, telling a darkly fascinating, fact-based story about a traumatized New York woman with 16 distinct personalities. For anyone who doubted "Gidget" star Field's acting prowess, this disturbing drama put the matter to rest. In an emotionally demanding role requiring her to play a terrified child, a suicidal woman, and an intelligent teen, among other characters, Field gives a brilliant, Emmy-winning performance, making this psychological disorder very real and very haunting. Woodward is also splendid as the dedicated, compassionate therapist who suffers a nervous breakdown trying to cure her patient. (Ironically, Woodward had won an Oscar nearly twenty years before playing a similarly afflicted character in "The Three Faces Of Eve"). The talking cure was never as creepy or cathartic as in sessions with "Sybil."