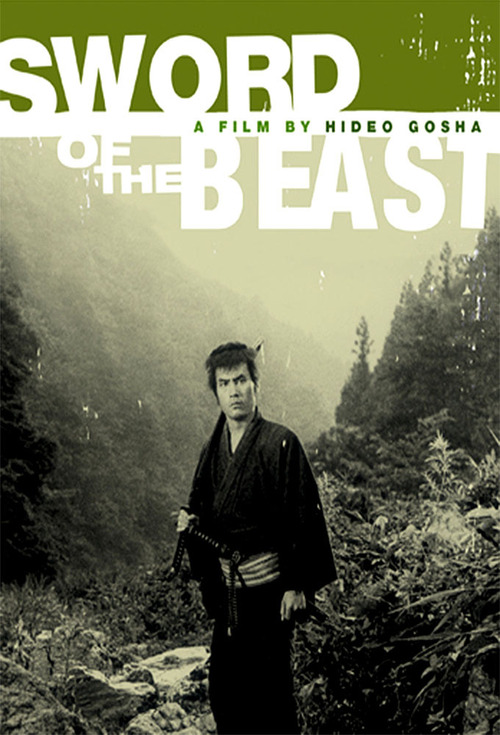 Sword of the Beast

Acting on orders of his superior, swordsman Gennosuke (Hara) kills a minister and is exiled to the wild, where he pledges to live without name or honor. His fortune changes, however, when he stumbles upon a gang of thugs illegally panning for gold in the shogun's territory at Mount Shirane. There a formidable samurai named Jurota (Kato) also seeks riches with his wife (Iwashita). Meanwhile, Gennosuke is pursued by his victim's daughter, Misa (Kimura), and her fiancé, Daizaburo (Suga), who have vowed to settle their score with the rebel ronin.

A pulpy samurai epic about honor, redemption, corruption, and clan rivalry, Gosha's "Beast" trails a disgraced samurai, played with animal intensity by Hara, as he forms a shaky alliance with Kato's rival swordsman after saving the man's wife from bandits. Though Gosha's fight sequences are memorable, even poetic — a flash of blade tips warring above a row of long grass — he's more interested in his characters' psychology, and Hara's quest to redeem his honor, than tour de force action sequences. This is one "Sword" worth wielding.