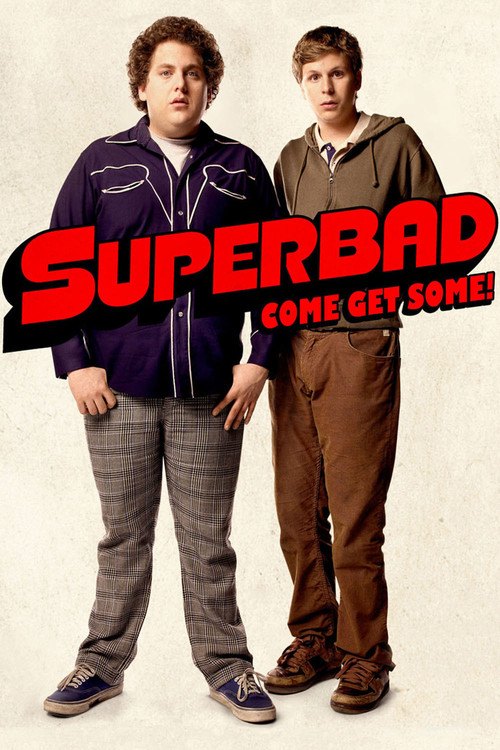 On the eve of parting ways for college, lifelong friends Evan (Cera) and tubby Seth (Hill) decide to go for broke and spend one long, eventful night attempting to consummate their senior-year crushes on a pair of girls: hot-to-trot Jules (Stone) for Seth and math-class darling Becca (MacIsaac) for Evan. The only problem: Evan and Seth are, to put it mildly, major dorks. Enter fake-ID holder Fogell (Mintz-Plasse), a.k.a. McLovin', and these three stooges are off and running.

Produced by "Knocked Up" wunderkind Judd Apatow, and penned by real-world pals Evan Goldberg and Seth Rogen (who appears in both films), this uproarious tale of lust and high-school geekdom feels like a a nostalgic trip back in time. There's plenty of groovy soul music, encounters with loopy cops and wacked out cokeheads, and one memorable Van Halen-scored joyride in a parking lot. Cera's sweet passivity and Hill's foul-mouthed vulgarity pair well with Mintz-Plasse's off-the-wall nerdiness, and director Greg Mottola guides their kooky, inept adventures in superbad seduction all the way to a delightfully sweet conclusion.