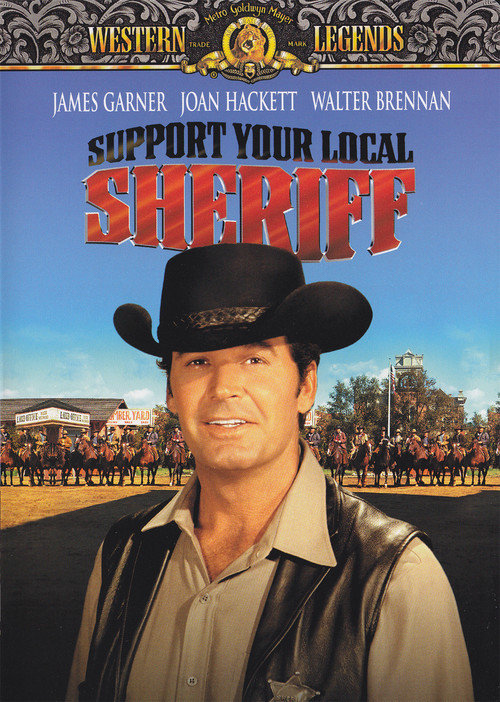 Wandering into the frontier town of Calender, where a gold rush is on, easygoing prospector Jason McCullogh (Garner) witnesses local roughneck Joe Danby (Dern) gun down a man in self-defense. Turns out the entire Danby clan, headed by gruff patriarch Pa (Brennan), is used to riding roughshod over the cowardly mayor (Morgan). Everything changes, however, when McCullogh, who's on his way to Australia, takes the chronically vacant job of sheriff.

Spoofing every cliché in the genre from "High Noon to "Rio Bravo," Kennedy's nutty Western shoot 'em up is built around the cheeky, laid-back confidence of Garner, whose repartee with various lawless fellows – and the mayor's strange but comely daughter Prudy (Hackett) – is a perfect match for his absurdly dead-on shooting. It's all in good fun, and the rollicking humor is well played by a great cast, including Morgan, Dern, Brennan (everyone's favorite old codger), and brilliant, bug-eyed character actor Jack Elam, as Garner's reluctant deputy. Saddle up for a good laugh.