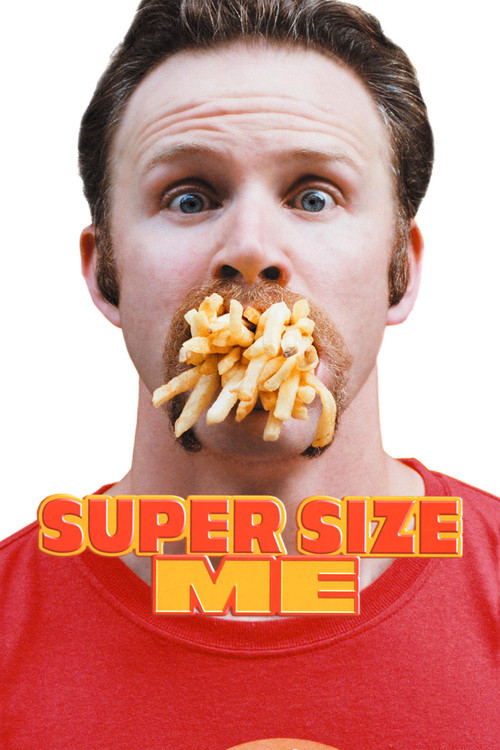 In this hugely successful, award-winning documentary, director/narrator/lab rat Morgan Spurlock vows to eat only McDonald's fare for a month. Against the advice of both his doctor and his vegan girlfriend, Spurlock persists in downing three fast-food meals a day, humorously chronicling the dramatic loss of his health and looks.

Notwithstanding a veiled reference to reduced sexual function as a result of this lethal diet, the film is a timely and appropriate object lesson for us all, and most especially, for our kids. Spurlock's clever, side commentaries, on McDonald's history and the problem of obesity in America, are every bit as informative and alarming as the daily spectacle of watching him pack on pounds and come dangerously close to liver failure. "Supersize Me" is never preachy and doesn't have to be: Spurlock's transformation speaks volumes in itself.