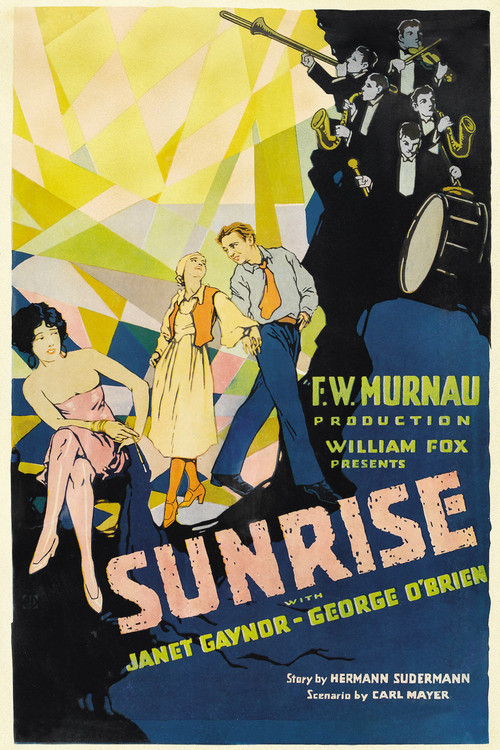 Seduced by an alluring, mysterious coquette from the city (Livingston), a country farmer (O’Brien) plots to get rid of his dutiful, neglected wife (Gaynor). During a lakeside picnic, she senses his motive and flees, finding safe harbor in the city. Guilt-wracked and remorseful, her husband eventually gives chase, suddenly mindful of what he stands to lose if he fails to win her back.

For his first American production, the great German Expressionist director F.W. Murnau (“The Last Laugh”) told a lyrical story about the classic country-city divide (monotony versus bright lights and jazzy excitement) centered on the crisis of faith and commitment that visits a comfortable married couple. A connoisseur of light and shadow, Murnau heightens the romanticism enveloping this love triangle, using lighting, superimposed imagery, and a gliding camera to convey the allure and alienating dangers of city life in his celebrated film. See the “Sunrise” for yourself!