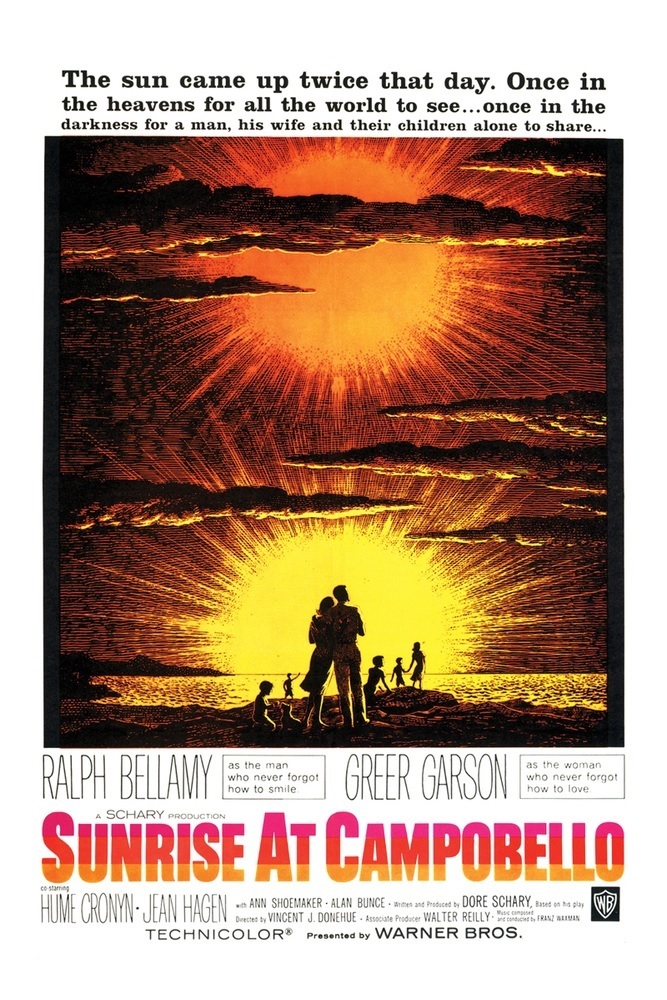 In August 1921, politician Franklin Delano Roosevelt (Bellamy) is summering at his family’s home on Campobello Island, Canada when he gets a chill after swimming. All too suddenly, he is struck down by polio. With the caring attention of his wife Eleanor (Garson) and the loyal support of his closest friend and political advisor Louis Howe (Cronyn), he resumes work in New York City, although he is now confined to a wheelchair. Determined not to be defined by his disability, he accepts an offer from Governor Al Smith (Bunce) to announce Smith’s presidential candidacy at the Democratic National Convention in 1924, even though it will mean standing to deliver his speech.

Bellamy portrays FDR at the pivotal moment when his privileged life was confronted with tragedy, and creates a moving portrait of a man driven to overcome adversity. Adapted by Dore Schary from his own Tony-winning stage play, the drama focuses on just three years in Roosevelt’s life, but elucidates much about the man and future leader. Garson was Oscar-nominated for her turn as the pragmatic Eleanor; the veteran British actress manages to capture both ER’s outspoken nature and clipped high society tones. Meanwhile, Cronyn provides comic relief as the sarcastic Howe. Don’t miss this revealing, inspirational biopic about the man who would become our 32nd president.