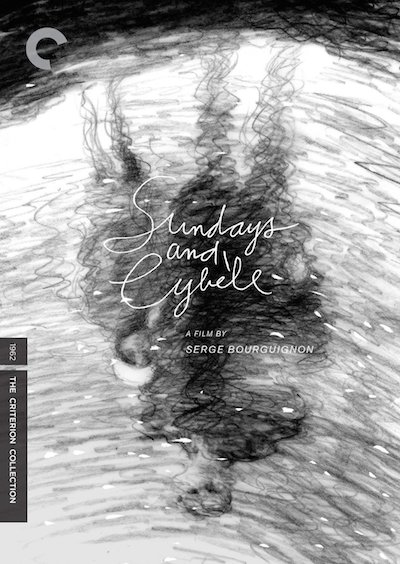 Pierre (Kruger), a former pilot, lives with his girlfriend Madeleine (Courcel) outside of Paris. Traumatized by his time fighting in the Indochina war, Pierre barely functions, despite Madeleine’s love for him. When Pierre meets a young girl (Gozzi) who has been abandoned by her father at the local convent, he feels a strong kinship. Posing as her father, they start spending Sundays together — until the unconventional relationship of the 30-year-old man and the 12-year-old Cybele starts to raise suspicions in their small town.

Bourguignon’s stunning debut feature poses thorny questions about unconventional love and societal mores. Without suggesting a sexual relationship, the young director (working from a novel by Bernard Eschasseriaux) nevertheless maintains a sense of ambiguity as Cybele precociously talks of love and marriage while Pierre plays along, child-like in his needs. With cinematographer Henri Decae shooting the fairy tale wooded setting, the film is aesthetically splendid, with watery images and observational camerawork hinting at a future tragedy. Poetic, aching, provocative and haunting, this long-overlooked classic won the Best Foreign Film Oscar in 1963.