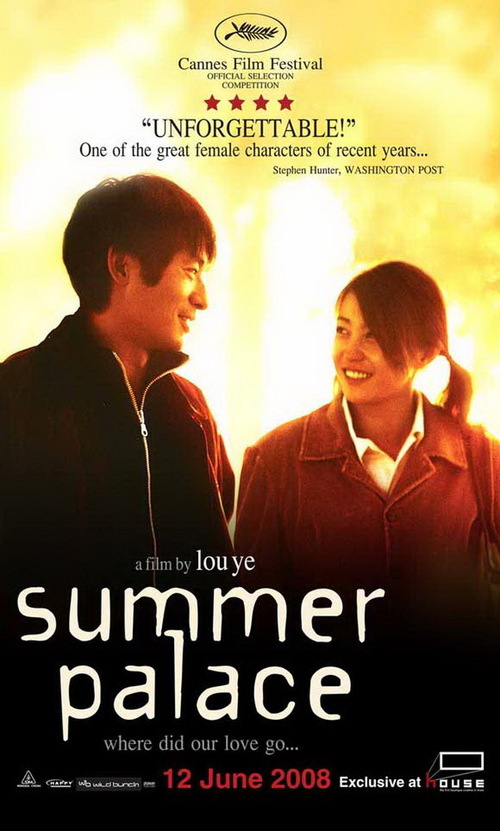 Leaving her rural hometown for Beijing University in the 1980s, beautiful Yu Hong (Lei) falls in love with handsome student Zhou Wei (Xiaodong). But as tumultuous pro-democracy demonstrations rock the campus and rile the authorities, their passionate affair is interrupted. Years later, ex-pat Zhou continues to be haunted by the memory of his former lover, and he sets out to find her once again. Will he succeed? And what will happen if he does?

Sensual, slow-paced, and dreamily romantic, Lou Ye's "Summer Palace" is a vibrantly told epic about the struggle for personal and political identity. It also has the distinction of having been banned by Chinese censors, who took issue with the film's politics and its unabashed nude love scenes. Spanning 20 years in the lives of two students who took part in the tragic Tiananmen Square protests, "Palace" tackles issues like sexual fidelity and the idealism of youth, deftly combining a swooning melodrama with an historical coming-of-age tale.