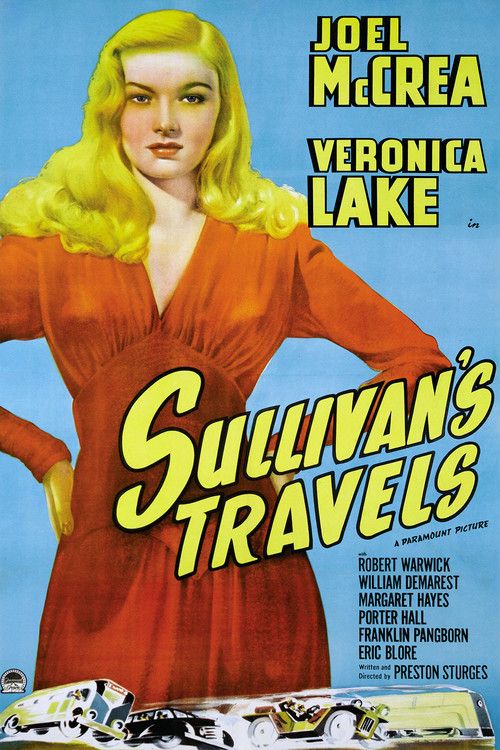 John L. Sullivan (McCrea) is a successful director of Hollywood fluff who decides he wants to make a serious picture about "real world" suffering. Disguising himself as a tramp, the earnest but naive Sullivan hits the road with a ridiculous entourage provided by his cynical studio bosses. Eventually, he meets a down-on-her-luck actress (Lake), and learns the hard way how poverty dampens, but doesn't extinguish, the human spirit.

Widely considered the greatest of Sturges's classic 1940s films, "Sullivan's Travels" is a stunning hybrid, blending giddy slapstick and razor-sharp humor with grim, unblinking social realism. McCrea and Lake make a fun pair, comically and romantically, while Robert Greig is a hoot as Sullivan's droll butler. It's hard to imagine anyone but Sturges concocting this incisively scripted, beautifully directed Hollywood satire, which ultimately has a lot to say about the restorative power of laughter.