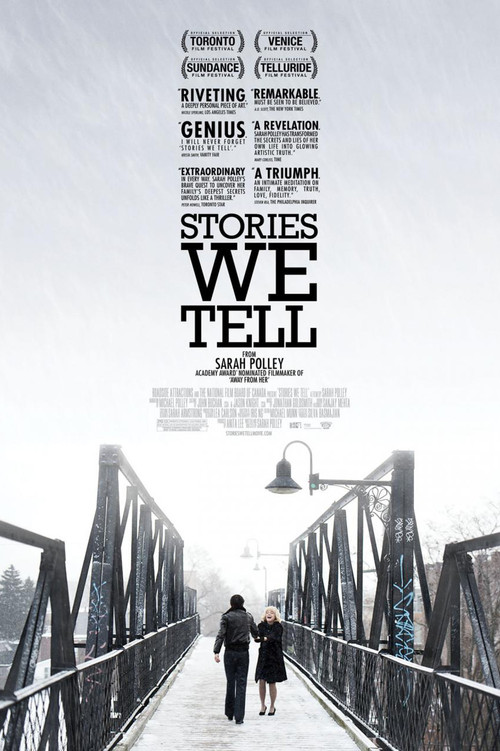 Canadian filmmaker and actress Polley investigates the mysterious stories surrounding her family and her own parentage. Interviewing numerous members of her own family, including her siblings and her father, she also reaches out to friends and colleagues of her late actress mother, Diane. Using photos and home video footage, she sculpts a portrait of a vivacious but restless woman who left a lasting imprint on her family, as well as several question marks. She films her father as he records his own memoir about his wife and their history together. And then the bomb hits.

Much like Kurosawa’s classic “Rashomon,” Polley’s engrossing work posits that there is no one truth, but rather various interpretations on the truth depending on who tells the story. Polley, who knows the answer to the big question at the heart of the film, reveals it to the audience slowly, pulling us in and taking us along on this personal scavenger hunt. She examines how memory affects the truth of a story and grapples with the tricky issue of memory and perception. Engaging, emotional and whip-smart, this is a multi-layered memoir you will never forget.