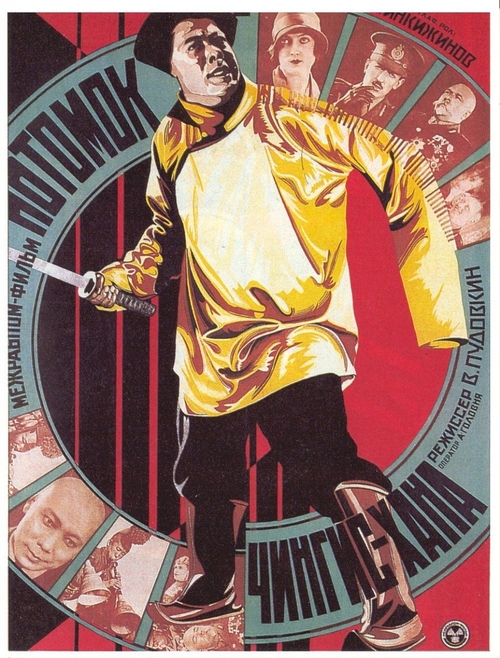 After scuffling with a European trader who's cheated him out of a valuable fur, a Mongolian trapper (Inkijinov) flees to the foothills and eventually falls in with Russian partisans. Wounded by British occupiers, the young herdsman is mistakenly identified as a descendant of Genghis Khan and installed as a puppet ruler over his own people. But who will he serve?

This Soviet-made, docu-realistic fable about a Mongol uprising features soulful, low-key performances, extraordinary shots of the bounteous landscape, and arty "block" editing; all working in service of a gripping human drama that builds to a powerful climax. Pudovkin, an under-acknowledged master of cinema, even works in elements of comedy, satirizing foreign occupiers, the ruling elite in Russia, and obsequious Buddhist hierarchs. Banned in the U.K. on its release in 1928 (the Brits are the villains), "Asia" is a riveting adventure with a revolutionary fervor.