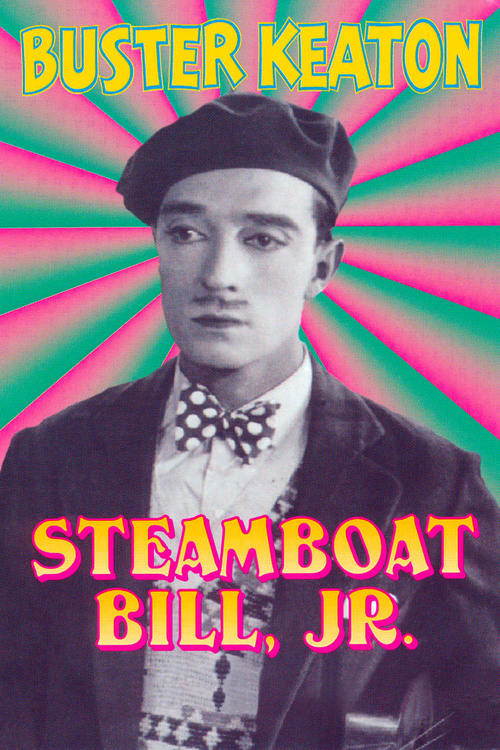 Returning from college to assist his father, "Steamboat Bill" Canfield (Torrence), with the boat he maintains on the Mississippi River, delicate fumbler Willie (Keaton) suffers one humiliation after another trying to meet his dad's uber-manly expectations. He even falls for Mary King (Byron), the lovely daughter of his father's wealthy rival, Tom Carter (McGuire). But when a ferocious cyclone blows through town, Willie finally has a chance to prove himself.

Co-directed by Keaton, this delightful comic romp follows a hapless steamboat operator who just can't seem to please his steely, rough-edged pop. As always, Keaton's antics and sight gags are a hoot, such as when he tries feebly to bust his dad out of jail for socking McGuire, the ferryboat proprietor, who's edging into his business. His expressive facial gestures here rival Chaplin's for sheer sad-clown poignancy. The film's set piece, which involves a raging tornado and an uprooted tree, culminates in one of the comedian's most daring stunts (all of which he performed himself!). “Steamboat Bill Jr.” is a gas, powered by a master of physical comedy.