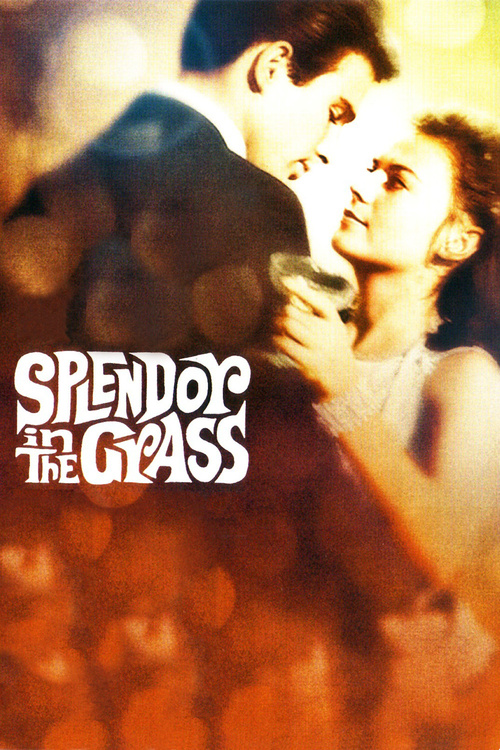 Splendor in the Grass

Rich kid Bud Stamper (Beatty) and high-school beauty Deanie Loomis (Wood) are going steady in 1920s Kansas; although the torch of love burns hot and bright, Deanie resists giving up her virginity to Bud, whose sexual frustration drives him into the arms of other, looser girls. The fragile Deanie, meanwhile, is driven over the edge by her shrewish mother (Christie), and her own raging hormones.

Handsome and emitting the masculine musk that would soon turn him into a rakish sex symbol, Beatty makes an assured screen debut in Elia Kazan's "Grass," starring opposite an exquisitely lovely and tortured Wood, playing one of Hollywood's most memorable sexual hysterics. (Reportedly, the two young stars had some sexual hysterics off the sound-stage as well.) Think Douglas Sirk or Tennessee Williams and you have some idea where Kazan's wonderfully executed tale of young love, scripted by William Inge, eventually tumbles. Keep an eye out too for Phyllis Diller and a young Sandy Dennis, also making her big-screen debut.