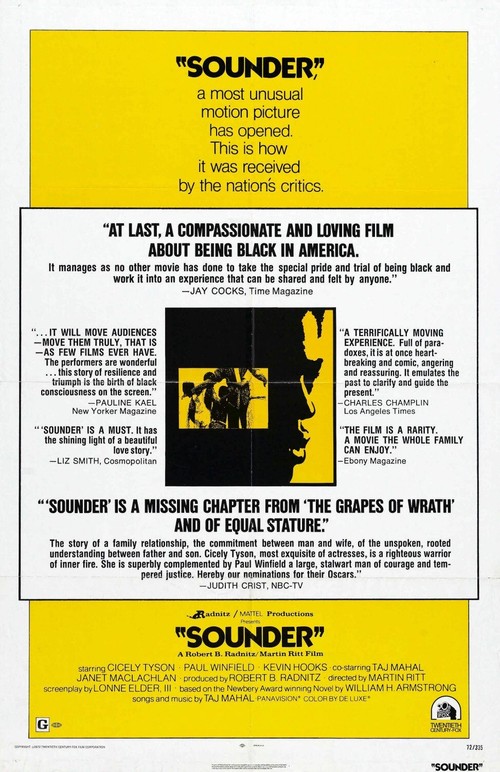 Struggling to make ends meet as sharecroppers in depression-era Louisiana, Nathan and Rebecca Morgan (Winfield and Tyson) share a loving bond with their children, including young son David (Hooks), who enjoys hunting for game with his father and dog, Sounder. When Nathan is arrested for stealing food to put on the table, David assumes his father's responsibilities, and the close-knit family is forced to work harder than ever.

An earthy film with tremendous heart, Martin Ritt's triumphant 1972 Southern drama was adapted from the Newbery Award-winning children's book. Tackling poverty, racism, and the liberating potential of education without sailing over the heads of younger viewers, "Sounder" is an indelible portrait of familial solidarity in the face of oppression and demoralizing circumstance, featuring spirited performances from Tyson, Winfield, and Hooks, along with a soulful blues score by Taj Mahal. Tailor-made for family viewing.