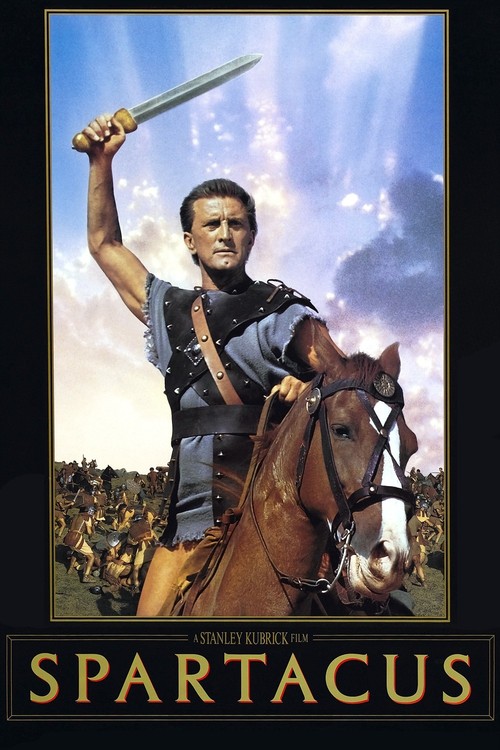 In ancient Rome, a slave called Spartacus (Douglas) leads a tortured, monotonous life of back-breaking labor. By chance, he's able to improve his fortunes by training as a gladiator; yet even this spells certain death as he takes part in fighting contests staged for patricians like General Crassus (Olivier). When Spartacus stages a daring escape from his captors, he mobilizes the slave population into a powerful army, which sets its sights on Crassus's legions — and Rome itself.

This rousing epic was disowned by Kubrick after a contentious, difficult production, but "Spartacus" still offers grand-scale entertainment, thanks to bold, sure-handed direction and a powerhouse cast. The brawny, clench-jawed Douglas shines in his signature role, while Olivier is suitably poisonous as the cold-blooded Crassus. Other notables include the rotund Peter Ustinov, providing comic relief as a cowardly slave-trader, and Charles Laughton, who lends gravitas as a senior Roman senator. If you're craving generous portions of spectacle and sweep, here's your movie.