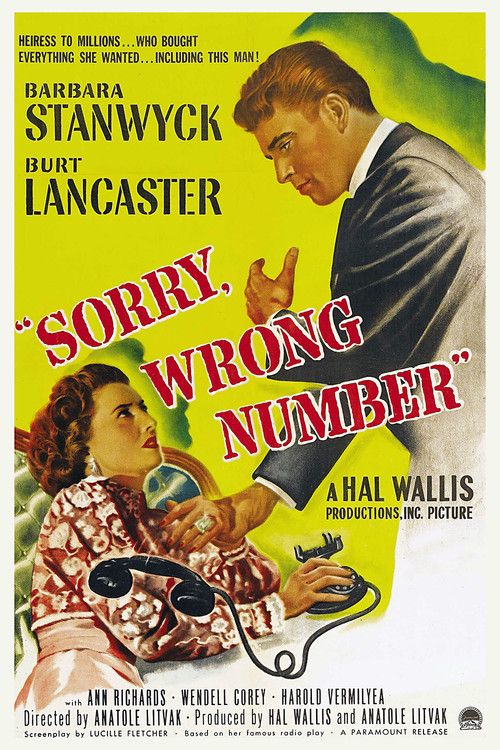 Worried when her husband Henry (Lancaster) fails to come home one night, wealthy, bedridden Leona Stevenson (Stanwyck) phones his office and overhears two men plotting a murder to carry out later that night. As she anxiously attempts to alert the authorities and pinpoint Henry's whereabouts, all through a series of increasingly jarring phone calls, she unravels a mysterious, deadly plot that hits closer to home than she ever imagined.

Based on the famous radio play by Lucille Fletcher (which made Agnes Moorehead an overnight star in 1943), Litvak's tense, unsettling thriller relies on extended flashbacks to relay the fragile nature of Leona's health and her fizzling marriage to penniless Henry, who feels oppressed by Leona and her controlling father James Cotterell (Begley), a drug manufacturer. But the central mystery, disclosed bit-by-bit, remains intact until the final moments of the film. Stanwyck is in top form here as a shrill, demanding, paranoid, and ultimately hysterical presence, while Lancaster is winning as the headstrong husband determined to carve a place for himself in the world. Litvak's fluid camerawork and taut direction lend menace too. For a great chiller, try this "Number."