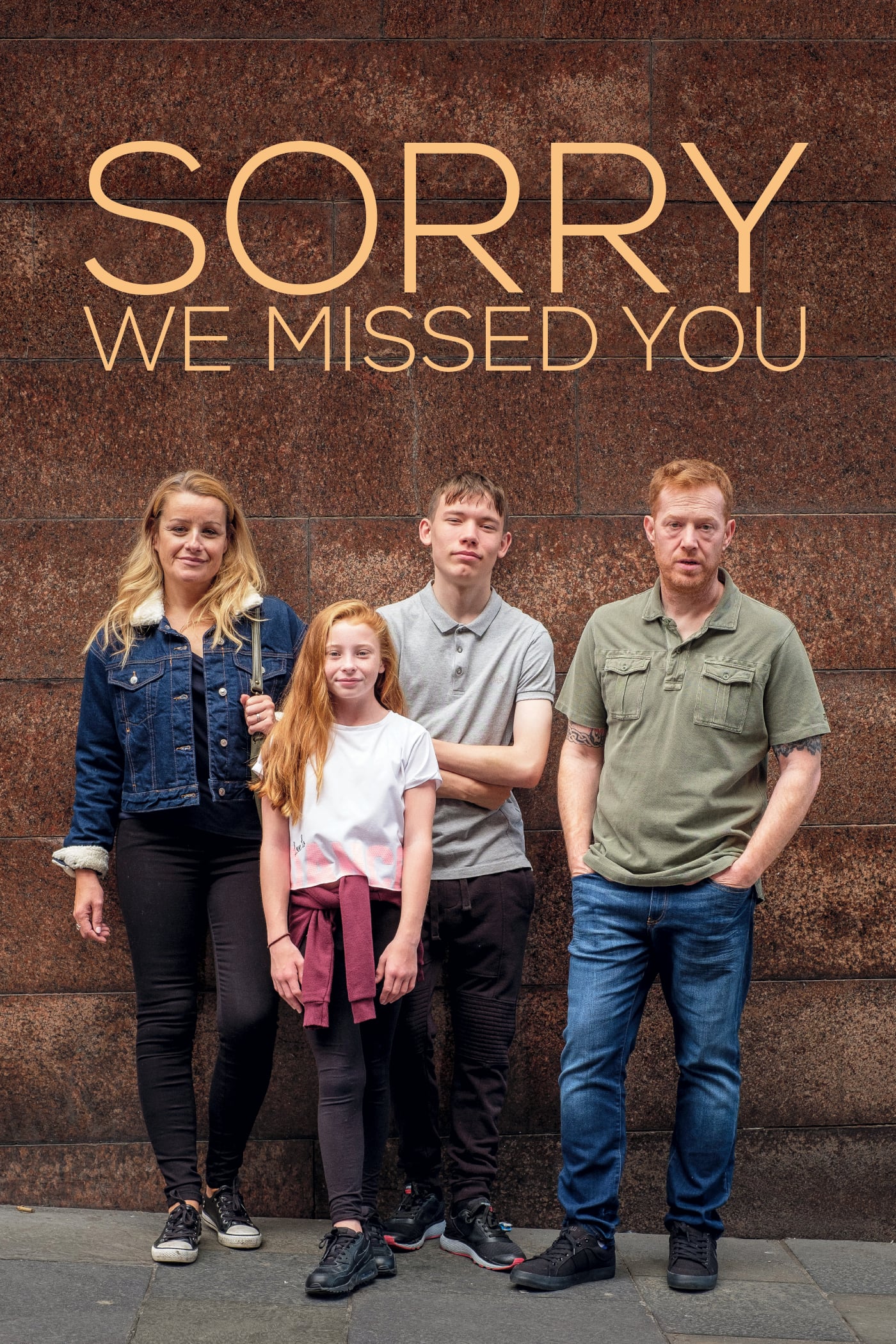 Sorry We Missed You

Former construction worker Ricky struggles to make ends meet in Newcastle, with wife Abbie (Honeywood), a senior home care worker, and their two kids, teenager Seb (Stone) and younger sister Liza Jane (Proctor). Ricky wants a better life for them, and hears about a gig making deliveries where he becomes an independent contractor answering to no one. However, to get the job he has to invest in his own delivery van. This forces the family to sell their only car, making it harder for Abbie to visit all her elderly patients. Meanwhile Seb is entering full-blown adolescence and a rebellious stage. Soon family troubles are causing Ricky to run seriously behind on his deliveries — an ominous sign. Will this family make it?

Director Loach presents yet another potent slice of working class life in contemporary England. Nominated for Best Film at Britain’s BAFTA Awards, “Sorry” really packs a punch; its documentary feel gives it a bracing immediacy. We stand right beside these essentially decent and increasingly desperate people, and Loach makes us feel their pain. We see the small cracks building up in their fragile new foundation, and like them, fervently hope for a dose of good fortune. “Sorry” also indicts the new “gig economy,” where struggling people take jobs that promise independence but deliver hidden downsides. See this gritty heartbreaker- you won’t be sorry.