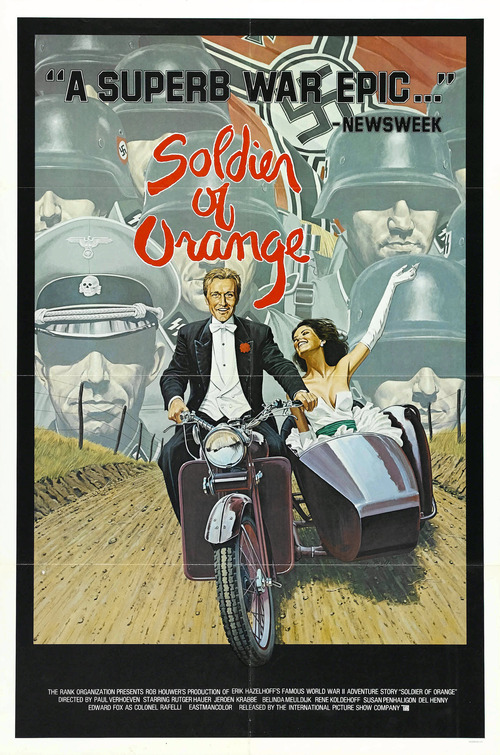 Six close college friends in Holland take different paths with the onslaught of the Nazi Occupation in 1940. In particular, this epic war film focuses on the courageous exploits of two members of this group, Erich Lanshof (Hauer) and his friend Guus LeJeune (Krabbe) as they work surreptitiously but tirelessly to thwart their invaders.

Director Verhoeven's breakthrough Dutch film would win him a ticket to Hollywood, along with stars Hauer and Krabbe (who are both outstanding here), but none of the three would again equal this breathless, beautifully realized film — which, like most outstanding war movies, also manages to tell an affecting human story. Intelligent, involving and highly evocative, "Soldier of Orange" is one of the finest war films of this (or any) period.