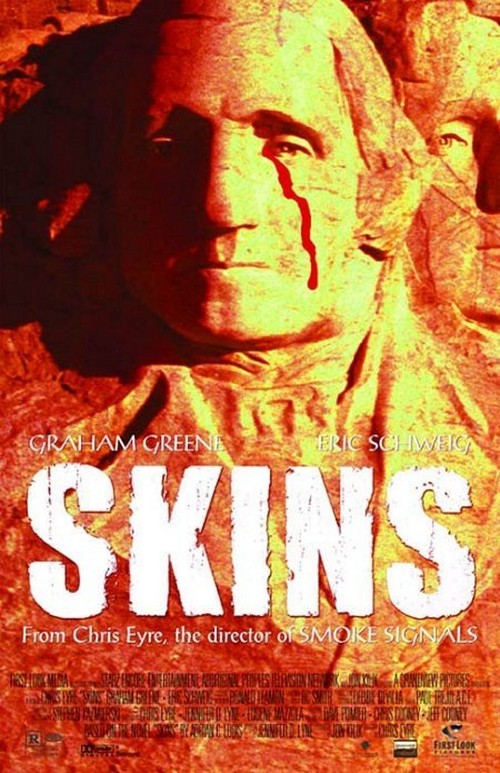 At Pine Ridge Indian reservation, a bleak, impoverished community where drunkenness and drug abuse are rampant, two Native American brothers lead very different lives: the younger one, Rudy (Schweig), is an upstanding police officer weighed down by the degradation of his people; the older sibling, Mogie (Greene), is one of several town drunks. Though estranged, a series of events forges the way for a sort of reconciliation between the two.

Chris Eyre's deeply affecting "Skins," adapted from a novel by Adrian C. Louis, is a small but potent film about the complex ties that bind families, and an unblinking look at the dire conditions of reservation life. Among a solid cast, actor Graham Greene gives a towering performance as Mogie, a hard-luck case in the advanced stages of alcoholism. Even though his character is perpetually cranky, unkempt and irresponsible, Greene still manages to win our sympathy and compassion — no small feat.