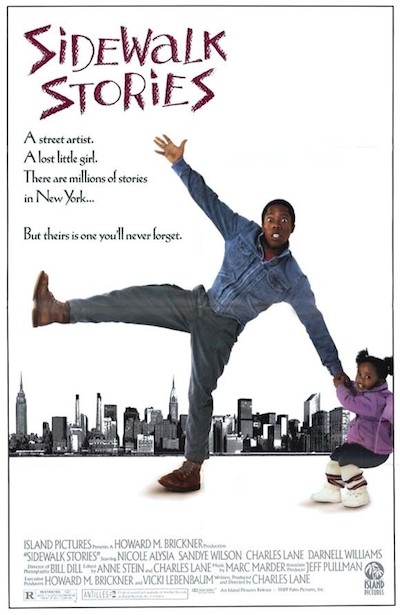 A homeless artist (Lane) lives in an abandoned building and sketches sidewalk portraits to earn money. One day he witnesses a murder in a back alley and realizes that the victim’s young daughter (Alysia) has been left behind in her stroller. He reluctantly takes the girl and looks after her in his makeshift home while trying to find her mother. Meanwhile he meets a young professional woman (Wilson) who falls for the talented painter and his adorable charge.

Paying homage to the great masters of silent film, Lane’s tender comedy evokes Chaplin’s “The Kid” in its gentle pathos and social commentary. The toddler is played by Lane’s real life daughter; Alysia is a natural screen presence with oodles of charm, and Lane himself uses his expressive face to communicate a gamut of emotions. The score by Marc Marder, by turns jazzy, bluesy and comic, speaks volumes for the characters. Previously unavailable in the years since its brief theatrical release (now available online and on DVD), this gem is a poignant and still-topical snapshot of New York City.