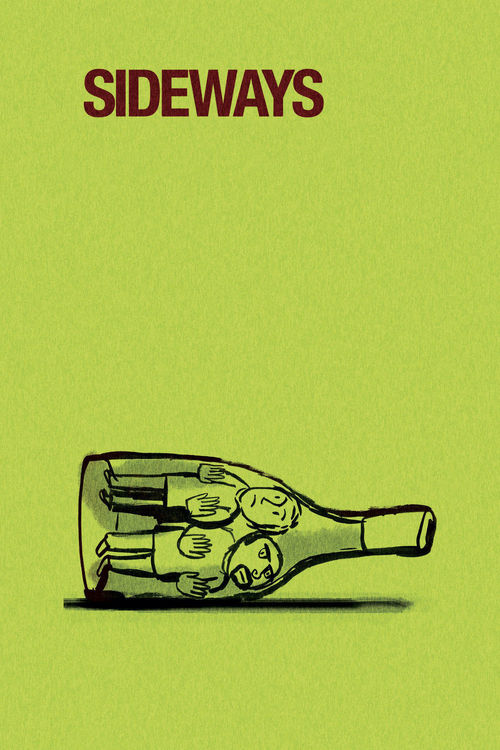 Fatalistic failed novelist Miles (Giamatti) arranges to tour California's Wine Country with his best friend Jack (Church), a semi-successful actor who's planning to be married in one week. Miles wants to school Jack in the art of tasting fine wines, but Jack's main interest is scoring with the ladies. When the two middle-aged chums meet up with the alluring Maya (Madsen) and her friend Stephanie (Oh), they're forced to accept the joys and pains of growing older.

A funny, troubling, and warmly engaging road movie about the twin horrors of aging and regret, Alexander Payne's romantic comedy would be an altogether different movie without the schlubby presence of Giamatti, brilliant as the cranky, self-hating wine snob who bonds with Madsen over their love of Pinot Noir. Miles, of course, is too dismayed by hopelessness to receive Maya's good vibrations, while the painfully immature Jack (hilariously played by "Wings" veteran Church) has his hands full with feisty beauty Stephanie, who has no idea that he's soon due to walk down the aisle. Oscar winner Payne has a sure hand and a unique way of blending comedy and poignant storytelling in "Sideways."