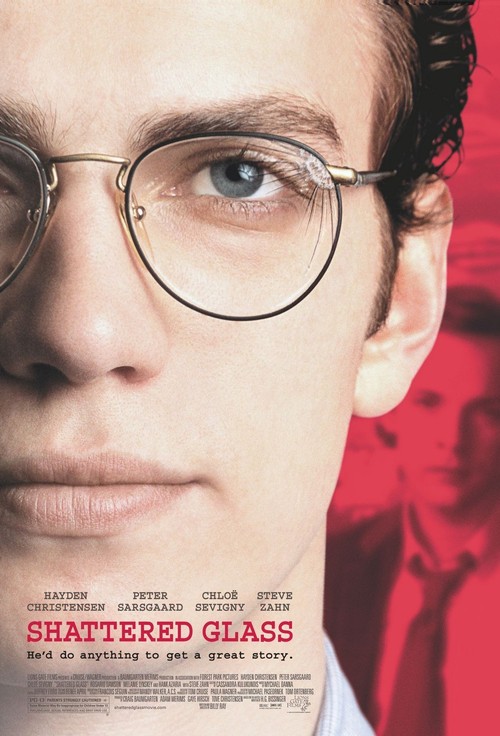 Stephen Glass (Christensen) is a young, rising reporter for The New Republic whose shocking stories about celebrity hackers and illegal hijinks at a Young Republican convention earn him the respect and admiration of his peers, not to mention kudos from managing editor Michael Kelly (Azaria). But Glass's highly irregular reporting practices gradually come to light when new editor Chuck Lane (Sarsgaard) steps up to replace Kelly.

Billy Ray's "Shattered Glass" stands alongside the classic film exposé "All the President's Men" as a riveting, journalistic thriller based on real-life events. Dealing with the disturbing present-day phenomenon of journalistic plagiarism, the drama's timeliness gives the film an edgy, unnerving effect. While Glass's blank, unlined face never betrays his personal motivation, the movie addresses a familiar pitfall: the insidious attraction of taking the easy way out, and the peculiar arrogance and excitement that builds when you actually get away with doing something very wrong.

She Done Him Wrong