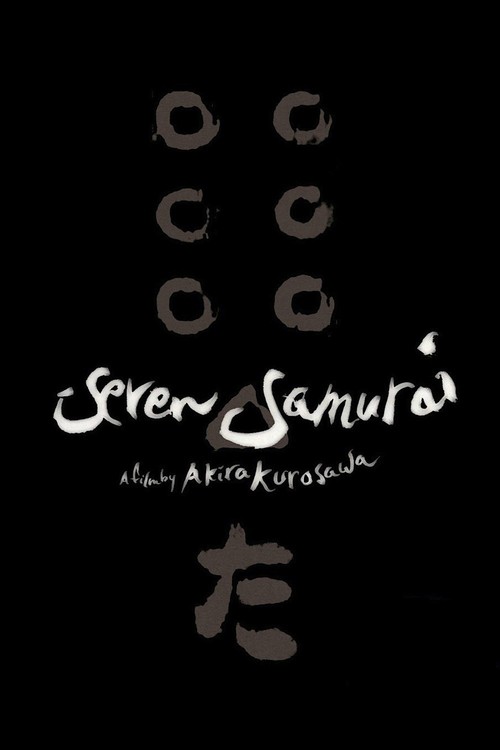 Asked by a village to help fight off a pack of rampaging bandits, down-and-out veteran samurai Kambei (Shimura) accepts, more out of a sense of honor than for any hope of material reward. One by one, he enlists six fellow warriors, the last of whom is braggart Kikuchiyo (Mifune), to prepare the townsfolk for combat with the murderous thieves, who are gearing up for one of their dreaded seasonal raids on the rice-farming community.

Widely regarded as one of the greatest films ever made, Kurosawa's brutal, invigorating martial classic concerns the all-important code of honor among feudal Japan's warrior caste. Both Shimura and Kurosawa regular Mifune, playing a loudmouth rube posing as a member of the elite military class, give towering performances among a robust cast. As in John Ford's Westerns, Kurosawa carefully delineates each of his characters before unleashing the lurid battle sequences, the likes of which have yet to be equaled on-screen: the town raid, ferocious clashes on horseback, and barbaric hand-to-hand melees. Few films have even a fraction of the fluid visual power and visceral intensity of "Samurai," truly an essential work of cinema history.