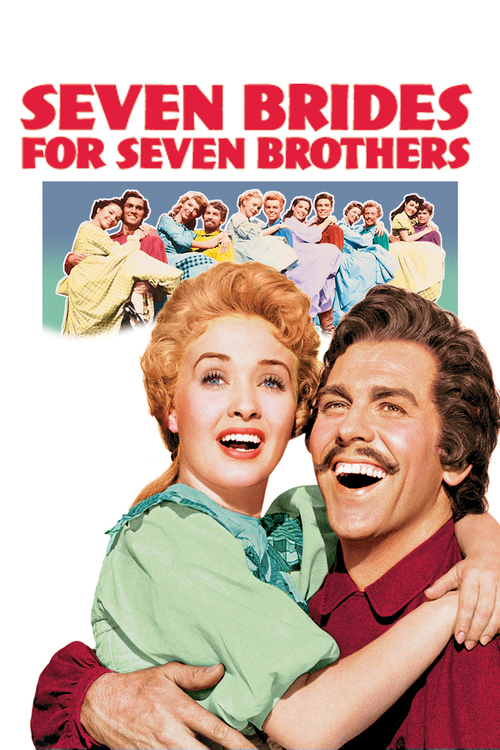 In the backwoods of Oregon, rugged Adam (Keel) marries Millie (Powell), who then inherits Adam's six rambunctious bachelor brothers. The boys think Adam's definitely on to something, but it's clear the newlyweds first need to tame the brothers before they can find mates of their own. In civilizing these boys, more than half the fun is getting there. But it sure takes a lot of energy!

Featuring a slew of fabulous dancers, including the young Russ Tamblyn (later Riff in "West Side Story"), this "Bride" is an adrenaline rush of vibrant hues and non-stop motion. Though the songs by Gene De Paul and Johnny Mercer are catchy, the real attraction here is Michael Kidd's matchless, Oscar-nominated choreography; the barn-raising sequence alone is one of the most outstanding sequences in all musical film. This evergreen, exuberant musical was nominated for four more Oscars, including Best Picture, and Adolph Deutsch and Saul Chaplin actually won for their score. Whether you're a bride or a brother, you will love this picture. (Look for TV's "Catwoman" Julie Newmar in a early role, billed in the credits as Julie Newmeyer.)