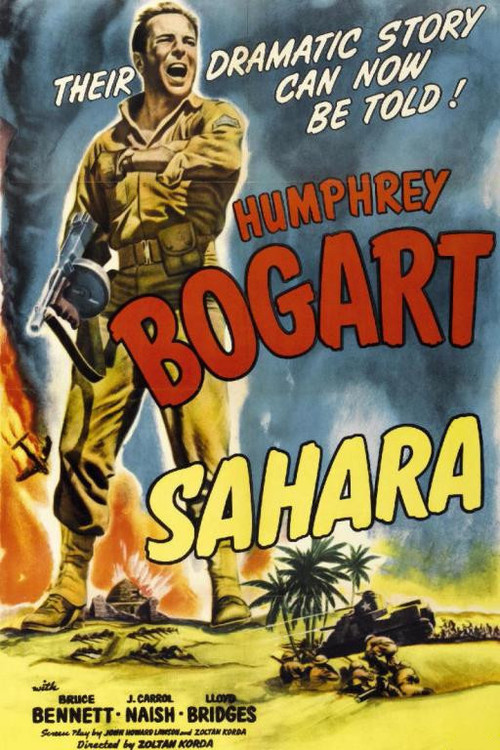 In the Second War, after the fall of Tobruk in Libya, Sgt. Joe Gunn (Bogart) and his remaining men, including soldiers Jimmy Doyle (Duryea) and Waco Hoyt (Bennett), retreat in their tank across the blistering desert, picking up more straggling allies and two POWs along the way. Finally, they reach a fortress which holds a limited quantity of that most crucial substance: water. When a superior German force arrives, the enemy is desperate enough to offer an exchange of food for water. Gunn's challenge is to hold them off until British reinforcements arrive.

Director Korda's gritty, gutsy WWII actioner vividly evokes the particular risks and hazards of desert warfare, while showcasing Bogie in his prime, on the front lines of battle. Duryea is solid as usual as Jimmy, and character actor J. Carroll Naish lends poignancy as a good-hearted Italian prisoner caught in a war not of his own making. Smart and suspenseful, "Sahara" is a distinctive, sadly overlooked war film that makes you thirsty for more of the same.