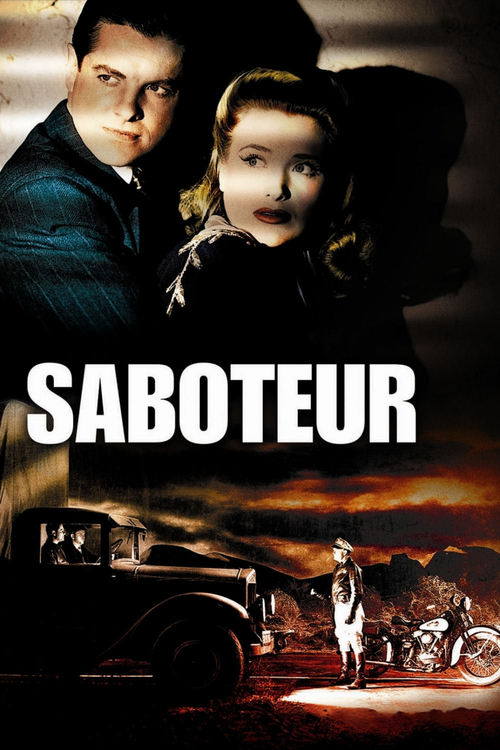 Falsely accused of sabotaging the aircraft plant where he works, Los Angeles resident Barry Kane (Cummings) goes on the lam, hoping to track down the man (Lloyd) he believes set the explosives. During a breathless, desperate cross-country odyssey that leads him all the way to New York City, Kane picks up the pretty but unwilling and skeptical Pat Martin (Lane), and eventually learns he may be a pawn in the traitorous scheme of prominent philanthropist Charles Tobin (Kruger).

Scripted by the inimitable Dorothy Parker, Hitchcock's nerve-rattling wartime thriller takes a favorite theme — the wrongly accused man — and gives it a strong, seditious twist. Terrific acting and a breakneck pace make this one of Hitch's most suspenseful movies, right up there with "North by Northwest" or "The 39 Steps." The cast is great, and the locations are used to brilliant effect. Kane's climactic scramble up the Statue of Liberty, a scene as tense and dramatic on repeated viewings as it is the first time around, is the film's unforgettable piece de resistance.