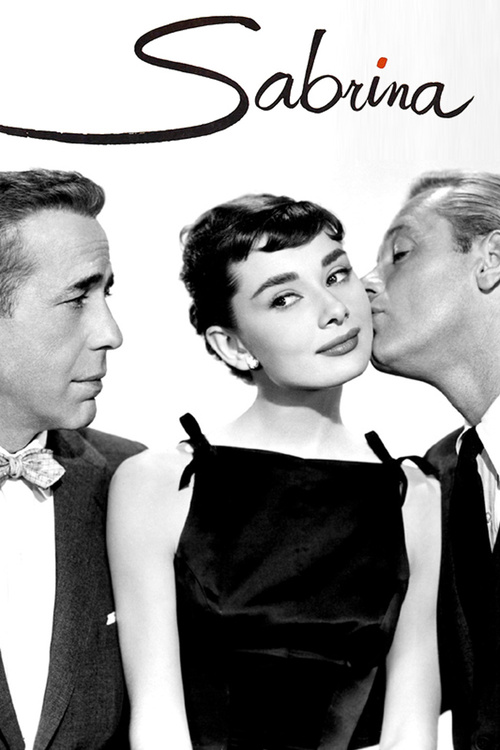 Shipped off to Paris for lessons in cooking and refinement, charming Sabrina (Hepburn), the daughter of a chauffeur for the wealthy, Long Island Larrabee clan, returns a sophisticated woman. Playboy David Larrabee (Holden) is enthralled, but his responsible older brother Linus (Bogart) has arranged for David to marry an heiress, and woos Sabrina himself to keep them apart.

Hepburn blossoms as Sabrina, perhaps the world's most enchanting and cultivated chauffeur's daughter. Under Wilder's capable wing (he both directed and wrote the screenplay), the young Oscar-nominated star smoothly makes the transition from a skinny awkward girl who fantasizes about life among the privileged classes to the stunning object of desire for both handsome Holden and the more mature Bogart (who reportedly stepped in for Cary Grant at the last minute). And even Bogie can't help himself. "Sabrina" is that all-too-rare thing: an intelligent, effervescent, and infectious comedy.