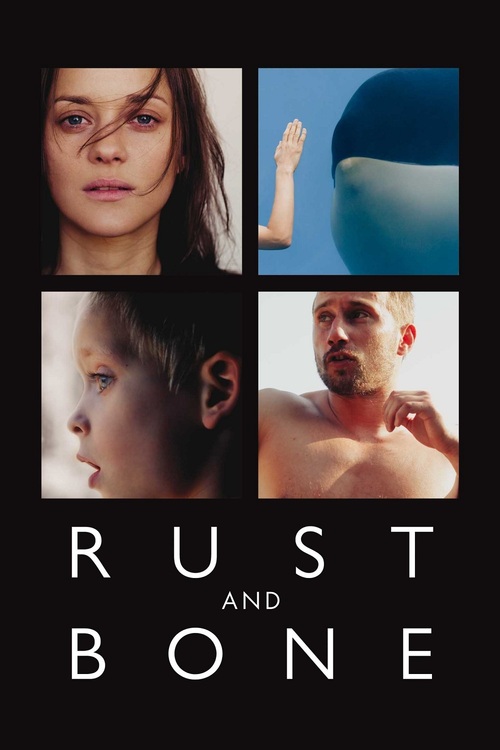 Stephanie (Cotillard) is an Orca whale trainer at a French Marine Park. After a tragedy in which she loses both her legs, she closes herself off from life. She finally reaches out to a man she’d only met once, Ali (Schoenaerts), a nightclub bouncer who’d briefly come to her aid before her accident. Ali is a bare-knuckles fighter, father of a young son (Verdure) whom he can barely take care of. He and Steph become friends, then lovers. But can they overcome the physical and emotional barriers that stand between them?

Audiard follows up his Oscar-nominated film,“A Prophet,” with this compelling love story set against the gritty backdrop of illegal fighting. Cotillard (who was an Oscar winner for “La Vie en Rose”), aided by special effects that render her an amputee, excels as a woman journeying to rediscover at least a modicum of happiness and self-esteem. Schoenaerts, who made a stunning impact in “Bullhead,” is a potent blend of machismo and tenderness. By turns wrenching and life-affirming, this is one type of “Rust” worth celebrating.