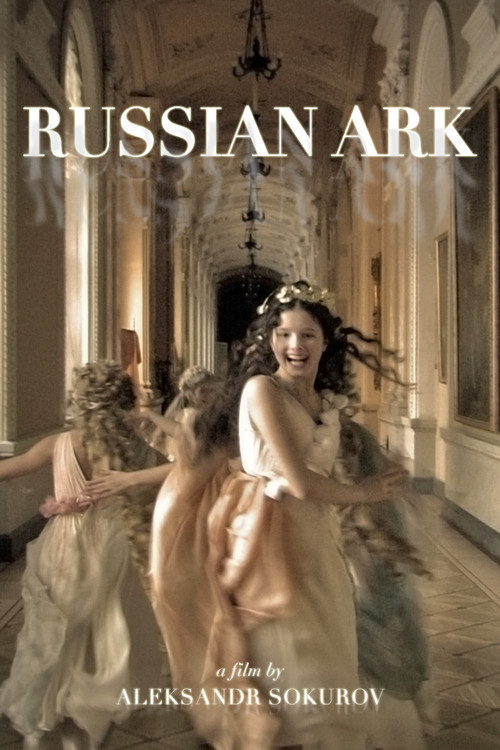 An unseen 21st century filmmaker (the voice of director Sokurov) is transported back to Russia in the 1800s, where a French aristocrat (Dreiden) takes him on a tour through the Winter Palace in St. Petersberg's Hermitage museum. While contemplating the magnificent works of art, the pair interact with museum visitors and encounter figures from Russian history, including Catherine the Great (Kuznetsova) and Czar Nicholas II (Baranov). The film culminates in a sumptuous ball set in 1913, with the camera swirling among the dancers as they joyously perform the Mazurka.

More than just a technical achievement, Sokurov’s meditation on time and history achieves a dreamlike, poetic beauty. The film was shot in one single Steadicam shot, with the camera gliding effortlessly through the famed museum, coming across the actors as if by chance. Cinematographer Tilman Buttner needed only three attempts to capture the shot, which was fortunate since (incredibly) the production was allowed just one day in the museum. Hundreds of extras were required, especially for that climactic ballroom scene. Gorgeous and elegant, that scene is the culmination of “the flow of time” which Sokurov wanted to capture in “a single breath.” He succeeds, fashioning a work of rare splendor.