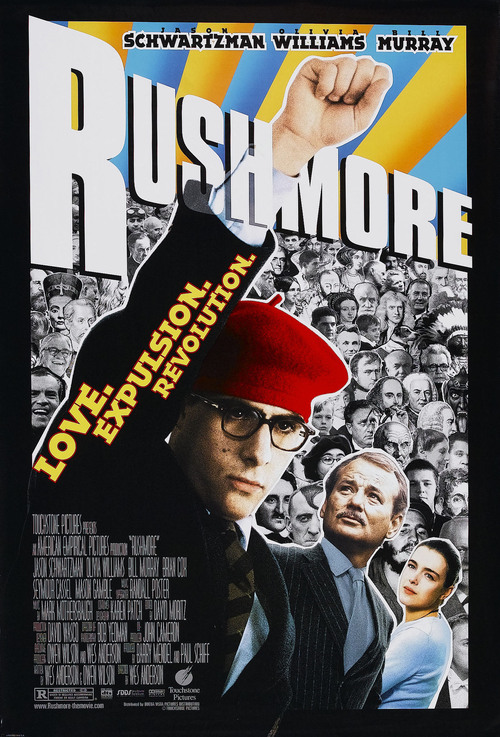 Max Fischer (Schwartzman) is an eccentric, overachieving student at Rushmore Academy, where he is newspaper editor, theatrical director, and president of assorted extracurricular clubs, including chess and fencing. Out of step with his peers, Max befriends local tycoon Mr. Blume (Murray) and falls madly in love with first-grade teacher Miss Cross (Williams), who also happens to be the apple of Blume's eye. Unfortunately, Max's strenuous efforts to win the hand of an older woman and put his stamp on the Academy may lead to his downfall.

Written by Wes Anderson and his good friend, actor Owen Wilson, this quirky, hard-to-categorize comedy-romance hit everyone's best-of lists in 1999, and with good reason: Schwartzman's performance was odd, daring, funny, and quite poignant. Murray had one of his best roles in years, playing the slightly morose Blume with characteristic dry humor. Their friendship — and rivalry — is the heart of this magnificent comedy, and Anderson dresses up key scenes with blasts of '60s pop that give them a heart-fluttering grandeur. Witty and wholly original, "Rushmore" is the best film about nerd power you may ever see.