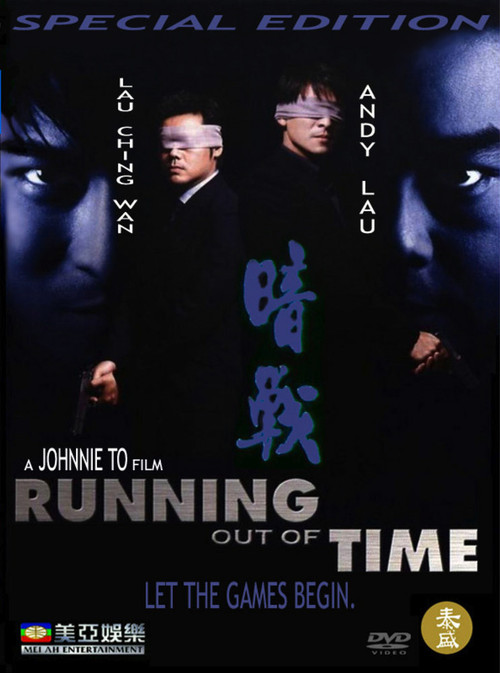 Running Out of Time

Told he has cancer and just six weeks to live, criminal mastermind Wah (Andy Lau) decides to play a very deadly game of cat and mouse with hostage negotiator Sang (Lau Ching-wan), a renegade cop so unorthodox he intimidates his own superior. Engineering one devious test after another, the ailing Wah lures Sang into an elaborate series of booby traps, for reasons that soon become clear.

Hong Kong action director To packs his slick, fast-paced thriller with so many improbable plot twists and explosive, next-to-impossible escapes that the only appropriate response is total submission. Drenched in the kind of wit one finds stateside in films like "Die Hard," but tweaked with an especially crazed urban dynamic, "Time" is a pure adrenaline shot. Some formidable minor characters play into the diamond-heist subplot, but To focuses the action around the adversarial relationship — and fraternal intimacy — between pop star Lau and his cocky co-star. For a jolt of excitement, hitch a ride with To's "Time."