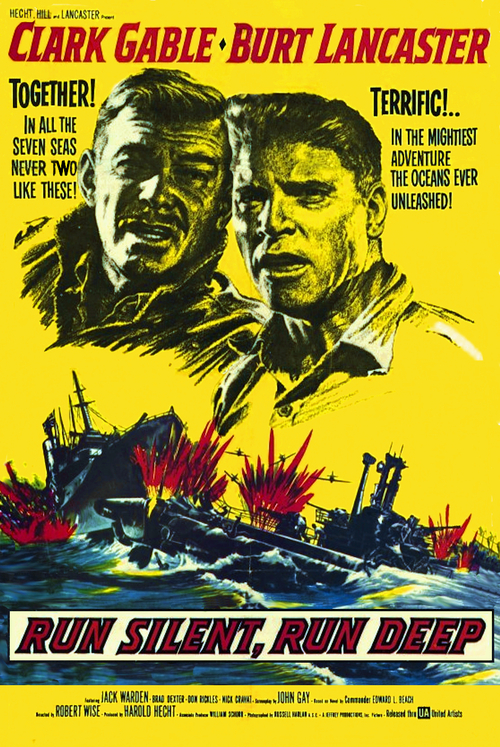 Commander Richardson (Gable) is a career Navy officer who wrangles one last command a year after his last sub was torpedoed in Japan's perilous Bungo Straits. His second in command is Lt. Jim Bledsoe (Lancaster), who'd been in line to helm the sub. Crew unrest grows as Richardson drills them mercilessly on maneuvers — "Dive! Dive!" Eventually, it dawns on Bledsoe that Richardson intends to bend orders to pursue the infamous Japanese destroyer that slammed him before, taking the vessel right back into the Bungo Straits.

In veteran director Robert Wise's tense, trim "Run," an aging but vigorous Clark Gable plays Richardson with panache and iron determination. Wise creates just the right mood of simmering hostility via some pointed Gable/Lancaster by-play, and various telling incidents with the crew, which includes a young Jack Warden and Brad Dexter. Mounted by Lancaster's own production company, "Run" remains not only a riveting war film, but one of mega-star Gable's last shining moments. Also look for a future comic in the crew — the inimitable Don Rickles!