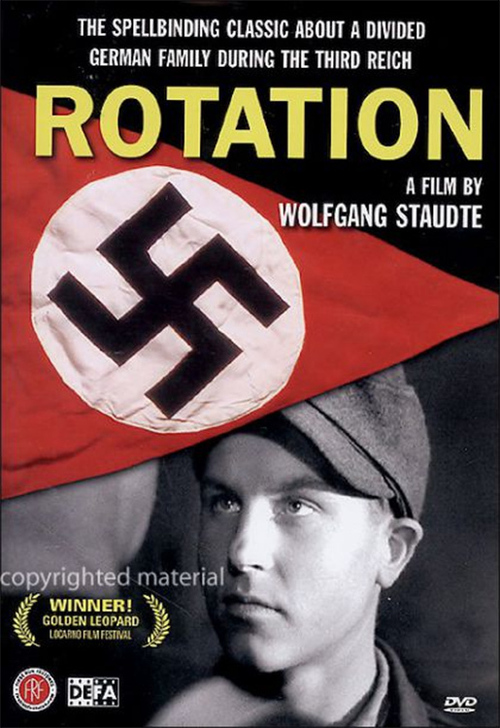 Hans (Esser) and Lotte (Korb), a young married couple in Post World War I Germany, barely survive during that country’s staggering unemployment crisis, raising their son, Hellmuth (Deickert), in a state of near poverty. The couple is ambivalent about the rise of Hitler, but reap the benefits of his economic reforms and begin living more comfortably. Pressured by his superiors, Hans joins the Nazi party, but his actual sympathies are more in line with his Communist brother-in-law, Kurt (Bernt). After WWII begins, fervent Hitler Youth Hellmuth catches his father engaging in anti-party activities, forcing the boy to a decision that rips the family apart.

This searing drama from German filmmaker Staudte provides a uniquely human lens through which to examine the initially seductive rise of the Nazis, who were credited with restoring Germany’s economic prosperity after an extended period of acute deprivation. The three central actors all deliver superb, haunting performances, especially Esser, whose youthful optimism gives way first to despair, then as conditions improve, a kind of blind complacency, which ultimately brings about his family’s ruin — and his country’s. The film covers twenty turbulent years in the lives of its characters, and Staudte’s management of chronology is masterful. Don’t miss this important and revealing film chronicling a crucial period of history, which from a distance of years, still feels beyond the realm of the possible.