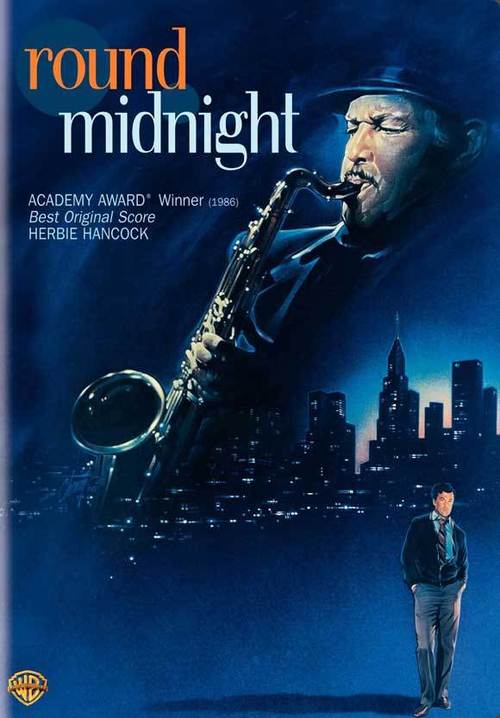 Ailing expatriate jazzman Dale Turner (Gordon), one of the world's greatest tenor-sax players, has a nightly gig at a club in late 1950s Paris, where he forms a close friendship with bebop admirer Francis Borier (Cluzet). Aware of Turner's ongoing struggles with booze, heroin, and depression, Francis offers him a place to live and soon becomes the older man's de facto caretaker. The arrangement has a palpable effect on Turner's playing, but strains their relationship.

Tavernier's vivid, sensitive ode to the brilliant exiled musicians who flocked to his country in the 1950s to escape racism (and find a more appreciative fan base) might well be the greatest jazz film of all time. Dedicated to Bud Powell and Lester Young, "Midnight" lovingly evokes the mood and atmosphere of the bebop scene (Herbie Hancock's Oscar-winning score was recorded live, on the set), as well as the dark and murky mindset of many of its practitioners. Adding to the authenticity, Tavernier cast real-life musicians to fill the roles, including sax great Gordon, who received an Oscar nomination for his devastating portrayal of the laconic, raspy-voiced Turner.

Roy Orbison and Friends: A Black and White Night