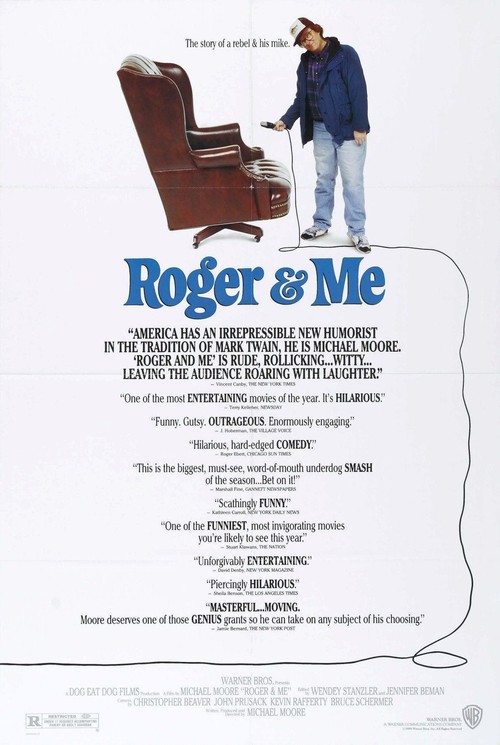 Saddened and angered by the closing of an auto plant in his once-thriving hometown of Flint, Michigan, documentarian Michael Moore sets out to interview publicity-shy General Motors chairman Roger B. Smith about the decision to abandon the town. Along the way, he revisits Flint’s glory days, handles rude rebuffs from the corporate office, meets colorful locals, and has a few salty encounters with celebs like Anita Bryant, Pat Boone, and Bob Eubanks.

With his hilarious first feature, America’s most celebrated wiseass pundit created the basic template for his iconoclastic mix of populist humor and confrontational filmmaking. Armed only with a microphone and his folksy, working-class wit, the portly filmmaker relentlessly pursues Smith, highlighting the differences between GM’s carefully groomed public image as an all-American company dedicated to hometown values, and the bottom-line reality of their business practices. Moore’s revealing chats with clueless GM boosters like Bryant and the surprisingly foul-mouthed Eubanks are alone worth the price of admission. Downsize this!