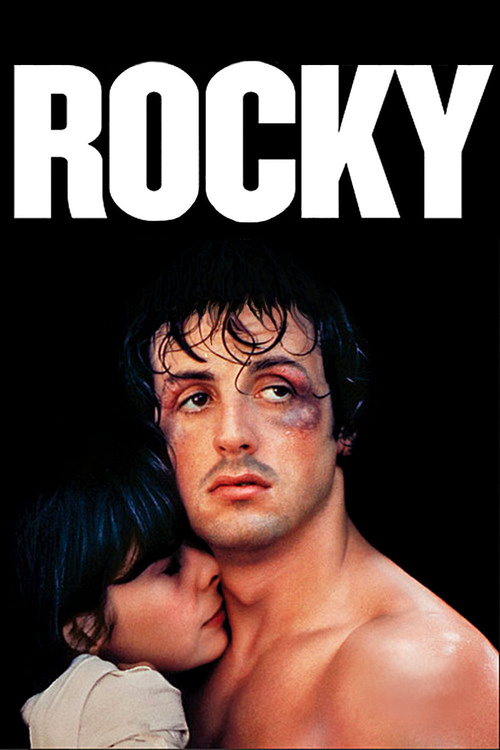 Shy Philadelphia boxer Rocky Balboa (Stallone) ekes out a living competing in penny-ante bouts and running violent "errands" for a loan shark. Once a promising pugilist, Balboa's career is on the skids, and even his gruff, never-say-die trainer, Mickey (Meredith) has lost faith. But Rocky gets a shot at rehabilitating his image when champion boxer Apollo Creed (Weathers) hand-picks the "Italian Stallion" for a showy, July 4th match-up.

Penned by a young Stallone, the script for "Rocky" was sold with the proviso that its writer, who was a nobody himself in 1976, would star in the low-budget film. Stallone got his wish, and like Rocky, made good on the unlikely opportunity to clinch his fame. Although the feel-good, come-from-behind story has been done to death, Avildsen's mix of low-life street drama, heart-tugging romance (with Talia Shire as Rocky's faithful girl), and bruising, in-the-ring melodramatics hammer home the uplifting message of hope like few films ever have. The gritty camerawork, location shots in urban Philly, and Rocky's intense training scenes with irritable, curmudgeonly Meredith (who's terrific) work beautifully. Tuck in and take a shot at "Rocky."