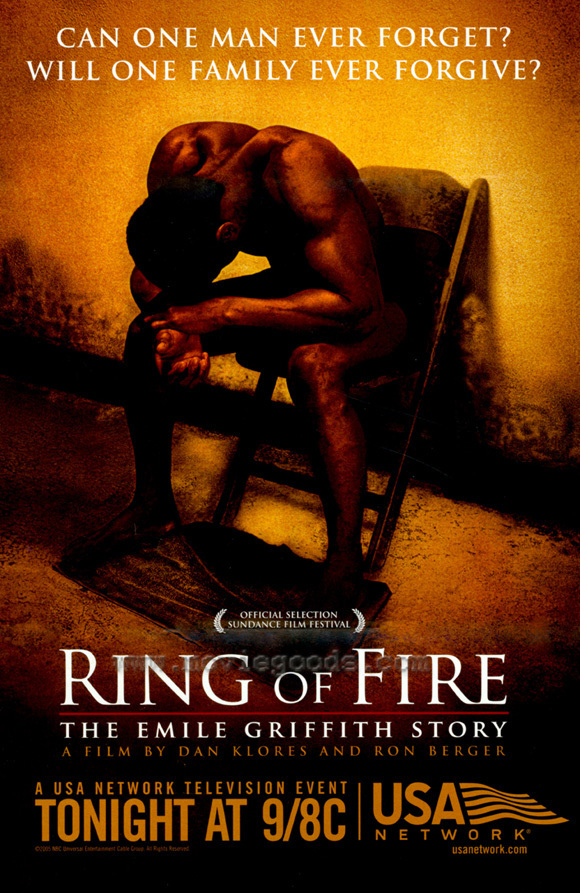 Klores and Berger's doc profiles the infamous boxing match in March 1962, between welterweights Emile Griffith and Benny "Kid" Paret; where, tragically, Griffith beat Paret to death. "Ring" traces the backgrounds of both boxers, various factors and undercurrents preceding the event, and the painful, enduring repercussions of the fight for all concerned. The interviews conclude with a note of forgiveness and resolution.

This engrossing film recreates a forgotten, life-transforming moment in time with admirable balance, insight, and sensitivity. Particularly illuminating is the fact that Griffith was a closeted gay man, and that Paret's cruel, thoughtless taunting (and outing) of him before their final fight fueled a volcanic rage in Griffith. Years later, it's clear Emile paid a steep psychological price for those fateful punches. Ultimately, the closure the film facilitates between Griffith and Paret's son is incredibly moving.