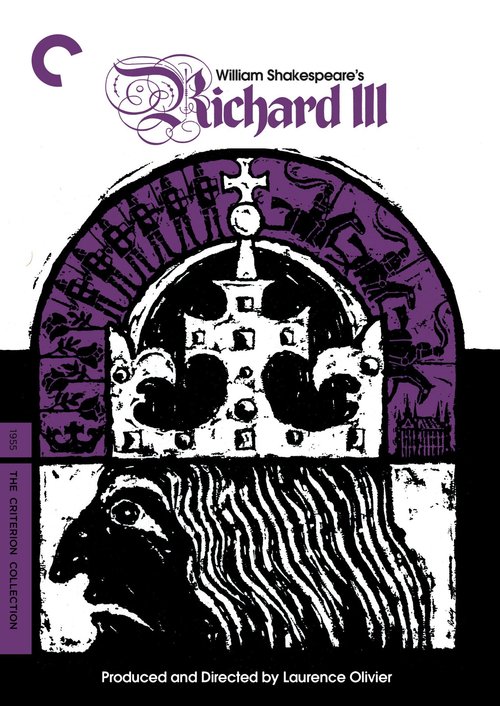 Jealously observing the coronation of good-hearted King Edward IV (Hardwicke), the hunchbacked Richard (Olivier), Duke of Gloucester, begins to scheme his way to the throne, coldly engineering the deaths of all those who stand in his way, including his brother Clarence (Gielgud) and cousin Buckingham (Richardson).

Olivier's perversely wicked turn in Shakespeare's "Richard III" ranks as one of the legendary British thespian's most riveting screen roles. Outfitted in a black wig and prosthetic makeup, he is the monstrous personification of ambitious villainy, murdering his way through the winter of his discontent. And yet, somehow, we can't help but feel a touch of pity for this abhorrent man. Aside from the incredible talent he pooled for his lavish Technicolor production (including Gielgud, Richardson, Hardwicke, and Claire Bloom as Lady Anne, the niece he seduces for his own gain), Olivier stages a tumultuous battle scene in Spain that simply must be seen.