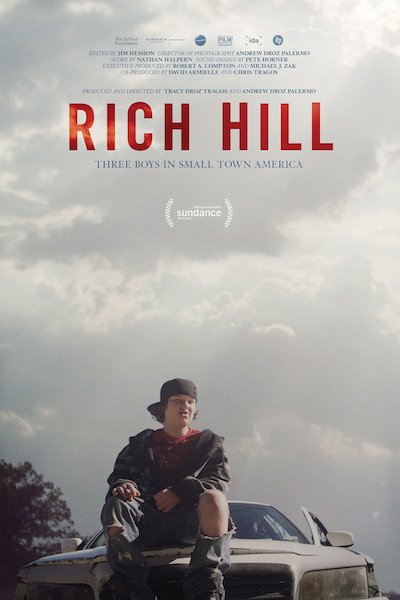 Seventy miles south of Kansas City lies Rich Hill, Missouri (population 1393), a former coal mining town that has fallen on hard times. Cousins Tragos and Palermo return to their parents’ hometown to document the lives of three teenage boys who face significant challenges: Harley lives with his grandmother while his mother is in prison, Appachey has severe learning and behavioral issues, and Andrew tries to remain optimistic in the face of abject poverty.

Filmed with cinema verité intimacy, Tragos and Palermo remain unseen and unheard, letting the daily rituals of the boys unfold. Long tracking shots of the desolate streets and impoverished community reinforce the bleakness of their lives. The teenagers, whose parents are absent, sick or unemployed, make for absorbing subjects, as each in their own way struggles to stay afloat and move ahead under oppressive circumstances. This sobering, emotionally fraught film took home the Best Documentary prize at the 2014 Sundance Film Festival.