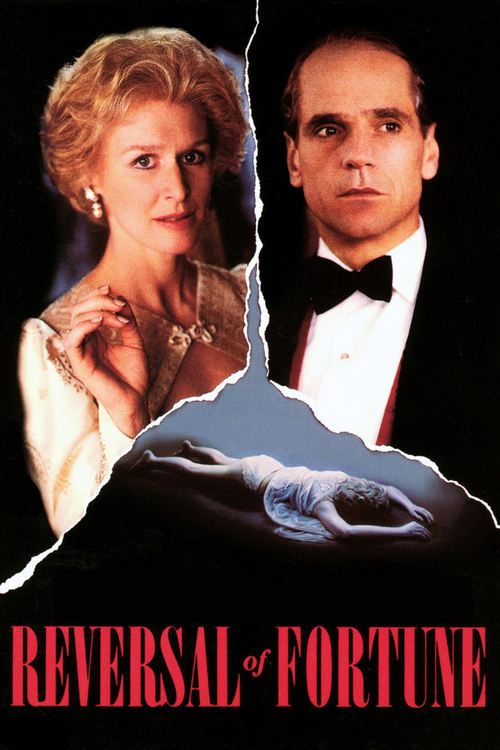 After the drug overdose of wealthy but miserable Sunny Von Bulow (Close) places her in a permanent vegetative state, Sunny's elder children and personal maid suspect her suave second husband, Claus (Irons), had a hand in it, and their inquiries and testimony lead to Claus's first conviction for attempted murder. Facing a long prison term, Von Bulow hires scrappy, brilliant defense lawyer Alan Dershowitz (Silver) to handle his appeal.

Director Schroeder's fascinating "Fortune" dramatizes the bizarre but very real 1980 crime and trial that hit the ultra-wealthy Newport set (and the rest of us) like a time bomb. The bravura performances of the stars elevate the sad, sordid aspects of the story, and Irons's portrayal of the enigmatic Claus is superb, netting him an Oscar. But Silver matches him as the mercurial Dershowitz: one of the film's great pleasures is watching how attorney and client, polar opposites in every respect but brains, work together to overturn the conviction.