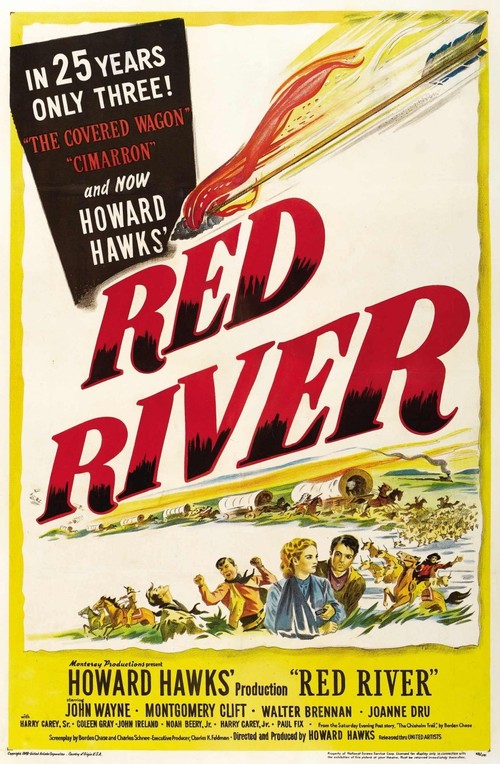 Bitter, unyielding cattle breeder Tom Dunson (Wayne) has been forced to take his large herd through treacherous territory to save his business. His adopted son Matthew (Clift, in his film debut) — orphaned years ago in an Indian massacre — joins him, but when the two cross swords over Dunson's obsessiveness, the older man loses his powerful temper and expels his ward, vowing to kill him if and when he next sees him.

Director Howard Hawks gave western icon John Wayne another indelible, ruggedly stubborn character to play in his masterful "Red River," a high point of their many collaborations. Populated by colorful supporting characters, including the salty Walter Brennan as camp cook Groot Nadine, "River" combines psychological drama, action, and suspense in a stirring, expansive western landscape. The final settling of scores between Wayne and Clift is unforgettable.